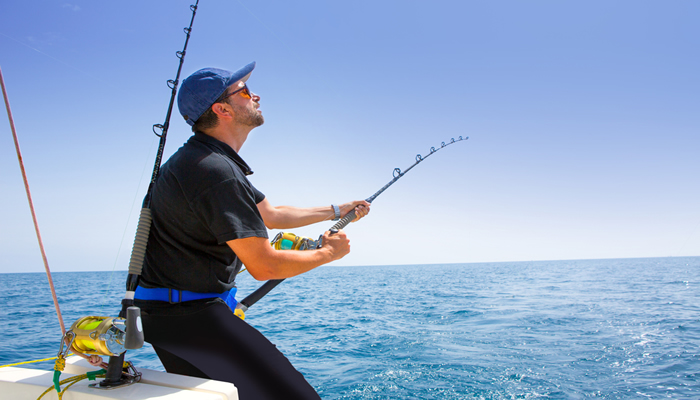 Image of an angler fishing from a boat at sea. Credit: lunamarina/Shutterstock.com

An Atlantic halibut caught off the coast of Norway is thought to be the largest fish of its kind ever landed by a British angler.

As reported today, Tuesday, August 9, a massive seven-foot-long (2.1m) Atlantic halibut caught off the coast of Norway by an angler from the city of Norwich in England is possibly the biggest of its kind ever to be landed by a British fisherman.

45-year-old Paul Stevens reeled in the massive flatfish that tipped the scales at a whopping 28 1/2 stone (180kg). After taking its measurements and weight, the incredible fish was set free again. It is estimated to have been between 70 and 90 years of age according to its size.

“It pulled the boat half a mile. It took three days for my shoulders to recover. I put it back. It’s breeding stock”, revealed the expert angler. “It was a bit emotional. I have spent a lot of years trying to catch a fish like that”.

The fish was so big that it couldn’t even be brought on board the boat paul was fishing from. As a result, he had to go in the water to have his photo taken with the gigantic creature. It is still not the largest halibut caught though, the world record stands at 232kg, just over 25 per cent bigger than Paul’s catch.

Fishing off the Lofoten islands in the north of Norway, Paul tempted the huge fish with his bait of dead coalfish. He is a regular in the Nordic country as his company, Sportquest Holidays, organises fishing trips to the region for British anglers.

Recalling his encounter with the halibut, he told how: “It dived three times and pulled the boat about half a mile. It took me 20 minutes to reel in but that’s because I am an experienced angler. It could easily take others two hours”.

“There is no way you could weigh a fish that size. There is a universal formula for taking the measurements of a big fish to calculate its weight which is what I did”, Paul added, as reported by uk.news.yahoo.com.