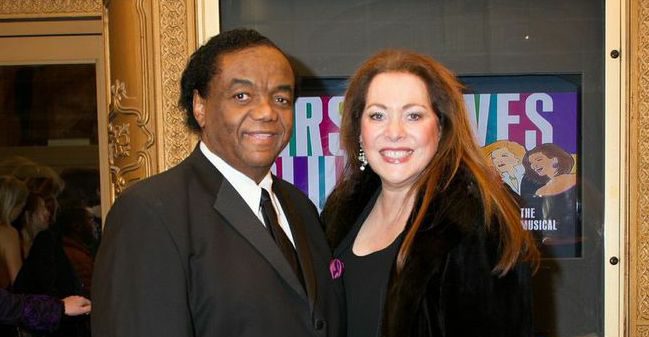 Following the passing of the iconic Motown songwriter and producer Lamont Dozier, on Thursday, August 8, 2022, The Euro Weekly News, conducted an Exclusive Interview with Paul Lambert, the last producer to work with Holland-Dozier-Holland.

“It takes a great woman to bring out the best in a man, so it’s been said,” said producer, Paul Lambert, whose musical, “The First Wives Club,” based on the hit movie of the same name, would be the last time Holland-Dozier-Holland would write songs together.

“For this show, they wrote 15 new songs that would never see the light of day,” stated Lambert. “But as much as music was the thing that always was front and center in Lamont Dozier’s life, it would be Barbara, his third wife, who became his rock, and the driving force behind him.”

“They married in 1980 and stayed married for 40 years until her death last year. Unheard of in the entertainment industry. She really was the love of his life.”

Lambert says Barbara became an integral part of Lamont’s life after Holland-Dozier-Holland and even ran his publishing company. She was also his business manager so he could focus on what he enjoyed best: being in the recording studio and writing songs.

“She really was the glue that kept him together,” he stated, tearfully. “When she died last year, I believe that Lamont went into a deep depression.”

“He had no medical issues leading up to his passing, or at least nothing anyone in our inner circle was aware of. I would say Lamont Dozier died of a broken heart.”

Lambert was there to witness it all. But he also knew what a gift he had been handed. It took time to cultivate his relationships with Dozier and The Hollands.

No one else had ever gotten them together since their heyday. But that’s what a visionary does. He accomplishes what no one else can, what everyone else thinks is impossible.

These three iconic musicians would grow to trust and appreciate Paul Lambert like no one else in their lives. And that trust would lead to a revelation that they would only share with him.

“What the public doesn’t know,” said Lambert, “it was Lamont, Eddie and Brian’s dream to develop a stage musical and open it on Broadway.”

“The First Wives Club” musical was produced by Lambert and Jonas Neilson. It made it as far as The Nederlander Theater in Chicago.

Like any songwriting team, they had their moments of tension. There was the good, the bad, and the ugly. With the musical just one step away from Broadway, Lamont would have a major falling out with The Hollands, quit the show, and withdrew most of the musical score.

“It was a dagger through my heart. Our dream of creating a stage musical and bringing it to Broadway died that day,” stated Lambert sadly.

Lambert would be the last to witness Holland-Dozier-Holland’s genius:

“I got to see first-hand how they worked together. From the musical side, it was Lamont with his amazing grooves and rhythms, Brian with his melodies and spectacular chord progressions, and Eddie with his genius lyrics. When they got together in the room without distractions, it was like magic in a bottle.”

“But they could go at it, too. Nose to nose. At a volume loud enough to shatter a windowpane. But you could argue, it was all well worth it.”

“Whatever it took. 25 number one hit classics from the American Songbook. The most number ones with only The Beatles to rival them.”

Holland-Dozier-Holland shot to stardom and fame out of the Motown era, with hits for the Supremes such as “Baby Love”,” Stop! In the Name of Love”, “You Keep Me Hangin’ On, the Temptations with “A Tear from a Woman’s Eyes, and The Four Tops, with songs such as “Baby I Need Your Loving”, “Reach Out I’ll Be There” and “I Can’t Help Myself”.

When they started gaining popularity and fame, much like Diana Ross and Michael Jackson among others, they started having financial issues with Berry Gordy and Motown, feeling they weren’t receiving their market value.

At that point, like many others, Holland-Dozier-Holland left Motown and began working as independent producers, while remaining involved in many lawsuits with Berry Gordy for years.

The trio experienced a massively successful career with everything they touched going straight to a top ten hit.

Despite their success, in the 70s, following rising tensions in the group, they split, with the Holland Brothers going one way and Lamont Dozier another.

By this point they already had a tremendous body of work that they would be known for their whole lives and would not work together again until 2009.

Following the success of Jersey Boys and Mamma Mia, Paul Lambert was approached and given the idea for a musical based on a catalogue of musical work.

And what catalogue was better than that of Holland-Dozier-Holland?

Lambert met Eddie and Brian Holland to discuss the possibility of a musical:

“We met in a restaurant in LA, right outside the Kodak Theatre where the Oscars are held. They looked at me like a bird dog looks at a pheasant that’s been cornered.”

“Can we trust this guy? Why is he trying to reunite us? That was the attitude.”

“I said look around this room, everyone here knows your music. If I stood up and started singing “Baby I Need Your Loving”, they would all applaud if they knew who you were, but nobody knows who you are and the world wants to thank you.”

After Lambert’s inspiring words and hearing about the opportunities and the potential the world of theatre held, the Holland Brothers called and convinced Lamont Dozier, who they hadn’t worked with since the late 70s, to join the project.

Paul Lambert and his partner Jonas Neilson began the search for a project to turn into a broadway musical, landing on the idea of the novel and film First Wives Club.

“The thing about Holland-Dozier-Holland’s music is they cut straight to the chase with soundbites that are ideal for the creation of a story, providing the perfect catalogue to mesh with Olivia Goldsmith’s novel and Paramount’s movie.”

Following eight months of negotiations with lawyers, brands, wives and girlfriends in order to produce the musical, Holland-Dozier-Holland informed Lambert that they did not actually own the rights to their music.

The trio had planned to write new music for the Broadway production, and after further negotiations and obtaining the rights to five of their iconic songs, they got their wish and started writing new songs.

“When we worked together we would sometimes have a three hour pancake breakfast, and when they had finished their fun, they would turn to me and say are you ready to work?”

“To which I wanted to reply: I was ready three hours ago! But when they got to work, they worked! In 45 minutes they would nail the direction of a whole song, finishing each other’s sentences musically.”

“For the musical, they would start talking about funny things about women, what happens when husbands cheat, what would a woman think?”

“Their conclusion? “That Would Never Happen To Me”, and just like that, they had written their first song for the musical.”

“I’ll never forget the three of them laughing and saying that when husbands cheat they are like alley dogs, to which one of them replied: “Well that dog needs fixing,” a perfect name for a song in the musical!”

Despite Lambert’s fondness of the song and the belief that “That dog needs fixing” would have been a hit, it was not approved and never saw the light of day.

“I feel so honored to have been a friend to them and I hold with them 15 or 16 marvelous tunes that could be incredible versions for Celine Dion, Adele, Beyonce, the Jonas Brothers or even Usher,” expressed Lambert.

Other songs like “My Heart Wants to Try One More Time,” “Love For All Seasons,” and “One Sweet Moment,” among others, he says, are ripe for the taking and could be an incredible epitaph to Lamont Dozier’s life and to the Holland-Dozier-Holland legacy.

Lambert continues to work with the Holland Brothers. And speaks to them almost every other day.

“I am thrilled to be working with Eddie and Brian Holland on Duke Fakir’s new musical “I’LL BE THERE” about The Four Tops, which I’m producing with Duke and Michael Swanson (“Ain’t Too Proud”). They are writing several original songs for the show that will accompany the HDH hits made famous by the Motown greats.”

“Lamont will be sorely missed,” he lamented. “I feel in heaven there’s a park bench with Aretha Franklin, Mary Wilson, Marvin Gaye and so many others including his wife Barbara.”

“I believe Lamont Dozier has now been reunited with some of his best musical friends. Amen.”

Thank you for taking the time to read this article, do remember to come back and check The Euro Weekly News website for all your up-to-date local and international news stories and remember, you can also follow us on Facebook and Instagram