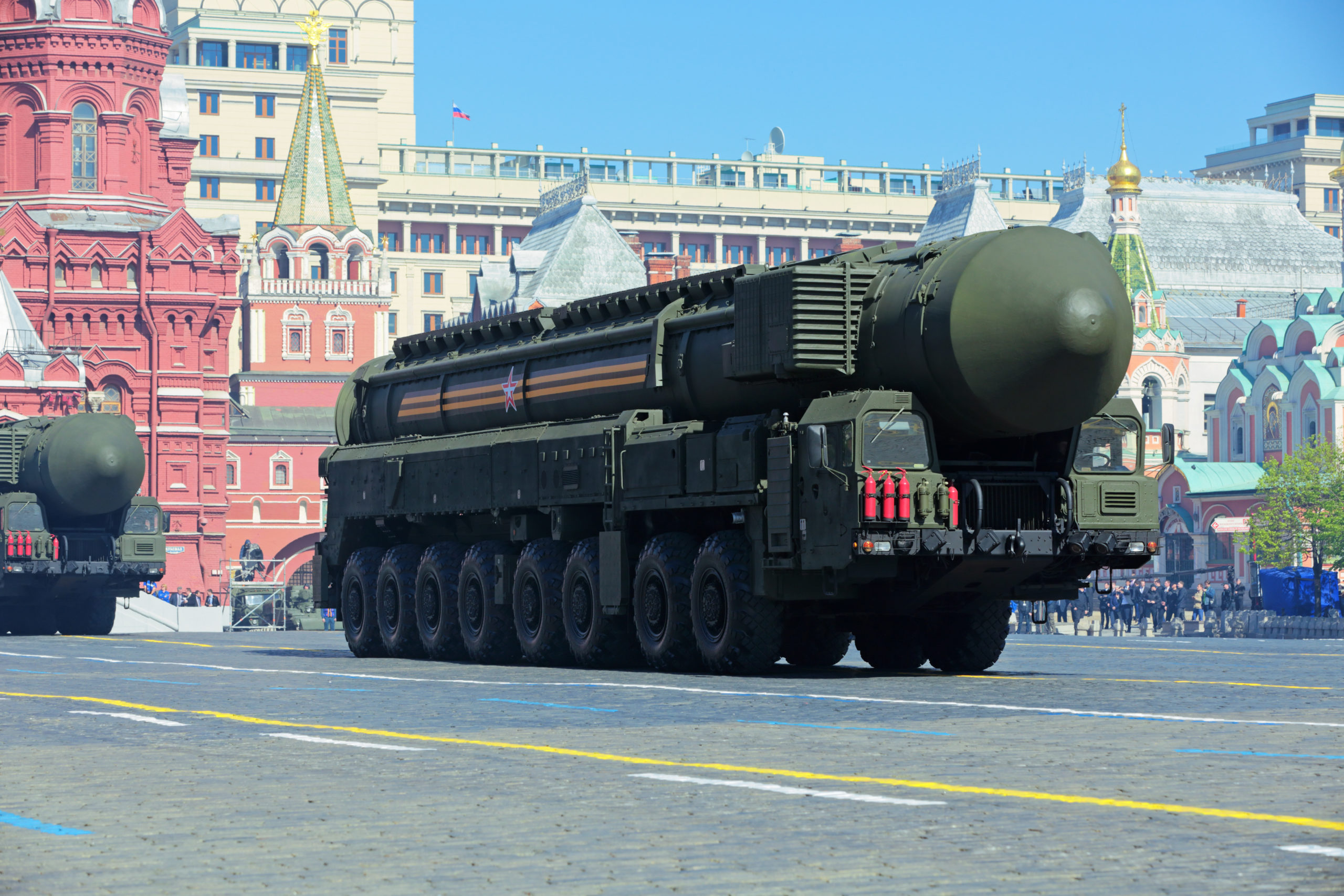 THE Russian Defence Ministry has signed a contract for the supply of the latest Sarmat intercontinental ballistic missiles, according to reports from Russia on Tuesday, August 16.

The announcement for the manufacture and supply of the Sarmat intercontinental ballistic missiles came at the Army-2022 defence expo, which recently revealed an M-81 robot dog, armed with an RPG-26, that was “capable of target shooting and transporting weapons, civilian purposes in emergency areas for reconnaissance, walking-through debris and delivering medicines.”

“A state contract is being signed for the manufacture and supply of the Sarmat strategic missile system,” the announcement at the expo revealed.

According to the Russian state media outlet, RIA, the contracts were signed by the Deputy Minister of Defense of the Russian Federation  Alexei Krivoruchko and the General Director of the State Missile Center. Makeeva Vladimir Degtyar.

The first launch of the rocket was made in April 2022, and at the time, the Russian military declared the test launch a success.

“Today (April 20) at 15:12 Moscow time at the Plesetsk state test cosmodrome in the Arkhangelsk region, a Sarmat fixed-based intercontinental ballistic missile was successfully launched from a silo launcher,” the agency said.

It added: “The launch tasks have been completed in full. The design characteristics have been confirmed at all stages of its flight. Training warheads have arrived in a given area at the Kura training ground on the Kamchatka Peninsula.

“This launch is the first in the state test program. After the completion of the test program, the Sarmat missile system will go into service with the Strategic Missile Forces,” the military said.

Sarmat, a silo-based missile, is the latest Russian-designed ICBM which is set to replace the R-36M2 “Voevoda” missiles in service with the Strategic Missile Forces.

Russia claims that the Sarmats can carry Avangard hypersonic warheads, which are capable of hitting objects with the kinetic energy of the warhead without using a nuclear explosion. Also, the missile is believed to be able to carry 10 nuclear warheads with a capacity of 750 kilotons each.

People reacted to the news on social media.

One person wrote: “Boo-ha-ha! A contract on a napkin!”

While another person wrote: “A single strike from such a missile could destroy Great Britain if anything. just for the record And 10 of these missiles could destroy the USA. It’s the only missile in the world that can fly around the globe.”

After carrying out tests of the new RS-28 Sarmat – dubbed the ‘SATAN 2’ – back on Wednesday, April 20, a source close to Putin reportedly said at the time that Britain could soon be bombed by the ballistic missile.

Duma defence committee deputy chairman Aleksey Zhuravlyov said on Saturday, May 14, that “if the United States threatens our state, it’s good: here is the Sarmat [Satan-2 missile] for you, and there will be nuclear ashes from you if you think that Russia should not exist.

“And Finland says that it is at one with the USA. Well, get in line.

“The Finns, in general, should be grateful to Russia for their statehood, for the fact that Finland exists as a country.”

Russian President Vladimir Putin watched the ‘successful launch’ of the missile back in April and said that the “missile would provide food for thought for those who try to threaten Russia.”

He added that the missile would deter those “who, in the heat of frenzied aggressive rhetoric, are trying to threaten our country.”

“The new complex has the highest tactical and technical characteristics and is capable of overcoming all modern anti-missile defence systems,” Putin said.

He also revealed that Russia intends to deploy the ‘Satan 2’ missiles later this year.

Zhuravlyov added: “We can hit with a Sarmat from Siberia, and even reach the UK.

“And if we strike from Kaliningrad… the hypersonic’s reaching time is 200 seconds – so go ahead, guys.”